IIT Delhi’s Sustainable Environergy Research Lab (SERL) at the Department of Chemical Engineering is actively working on Vanadium Redox Flow Battery (VRFB) technology. Recently, a VRFB based charging station, especially designed under Smart Campus Initiative of the Institute, was inaugurated on the campus.

The stored energy in the charging station can be used to charge portable electronic devices such as mobile phones, laptops, tablets, and power banks using various charging ports provided in the station. The team has designed it for charging operation of around 9 hours in a day. The benefit of the charging facility can be availed by the IIT Delhi community as well as the visitors.

Dr Anil Verma, Professor at Chemical Engineering Department, IIT Delhi said that the research group led by him developed the 2nd generation prototype in the SERL so that the technological and scientific contribution in the form of an environmental friendly viable product could be available to the society. He has informed that group is working on kW level battery stack. The project is funded by DST, MHRD, and IIT Delhi.

“The research team will collect the operational data of the developed prototype in the ambient and live conditions, so that appropriate changes in the design and operation can be incorporated in the next scaled-up version,” Prof Verma added.

The facility was inaugurated by Prof. V. Ramgopal Rao, Director in the presence of Deputy Directors (Operations, and Strategy & Planning) and other dignitaries.

The VRFB can efficiently store and utilize renewable energy for a wide range of applications such as rural electrification, e-vehicle charging station, domestic and commercial power back-up etc. leading to zero carbon footprint.

It is non-polluting (no emissions), easily scalable, safe and environmentally friendly, and highly durable. One of the major differences between the flow and conventional battery is the independent scaling of power and energy capacity.

The VRFB can store energy from kWh to MWh range and suitable for long discharge time with low cost in contrast to the conventional battery. The technology is highly suitable wherever diesel generators are used. 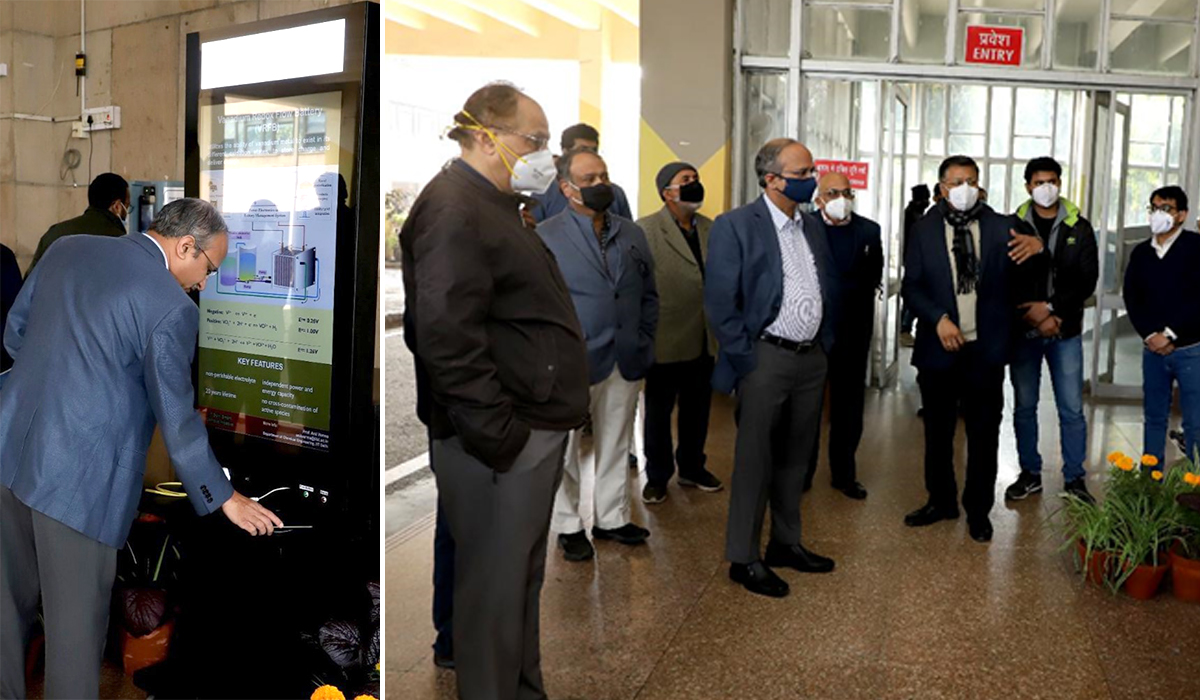