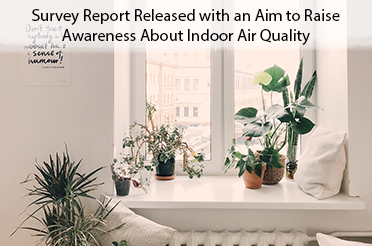 Awareness about the quality of air that we breathe indoors is very important as people spend more than 90% of their daily time in indoor environments.

In order to find out the quality of air that we breathe indoors in different buildings spaces and to generate public awareness about the importance of indoor environment, Centre of Excellence for Research on Clean Air (CERCA), IIT Delhi; Society for Indoor Environment (SIE), and Kaiterra, an air quality instrument company, conducted a baseline survey on the state of indoor air quality in various buildings across Delhi such as schools, colleges, hospitals, restaurants, residential buildings and cinemas in 2020.

The findings of the Project MAQUID (Monitoring of Air Quality in Urban Indoors in Delhi) were released today.

Background of the Study

Description of the Study

Findings of the Study

The highlighting factors from the findings of the study for research on IAQ research in India are: