A steep rise in global energy demand in the 21st century, combined with the necessity to curb greenhouse gas emissions, have driven researchers to look for cleaner and greener energy sources as alternatives.

In the study, researchers from IIT Delhi in collaboration with the ONGC Energy Centre, India have successfully split water by a process known as Sulphur-Iodine (SI) thermochemical hydrogen cycle to generate low-cost, clean hydrogen fuel for industrial consumption. Hydrogen gas, a viable choice as a renewable substitute for fossil fuels, can help mitigate emissions.

Prof. Sreedevi Upadhyayula, Department of Chemical Engineering said, “There is an imminent need to switch over to renewable energy sources such as water. The thermo-chemical hydrogen cycle for splitting water offers a practical means of generating hydrogen as a fuel and also oxygen as a by-product. Hence, it can be considered favorably for the commercial production of hydrogen on a large scale, in the near future.”

One of the challenges in the low-cost conversion taken-up by the IIT Delhi researchers in this work, was to design a suitable catalyst for the energy intensive, corrosive step of sulphuric acid conversion to sulphur-dioxide and oxygen. The in-house catalyst developed by them meets these criteria and is now patented, and a process based on these is developed and demonstrated here in the Institute. The modified iron oxide catalyst dispersed on silica surface on a silicon-carbide support catalyst is not only cost-effective and is also functional under the high temperature and corrosive conditions of the reaction. This is recently published in ‘Applied Catalysis B: Environmental’ International journal. Other catalysts and membranes used in the pilot plant have also been developed in-house.

Speaking about their work, Prof. Sreedevi further said, “We have employed a combined state-of-the-art experimental and theoretical approach to design an efficient and cost-effective heterogeneous catalyst (for the sulphuric acid decomposition step of S-I cycle for hydrogen production) functional under high temperature, corrosive conditions while also being cost-effective. We have also demonstrated the entire integrated closed loop pilot plant level at IIT Delhi.” 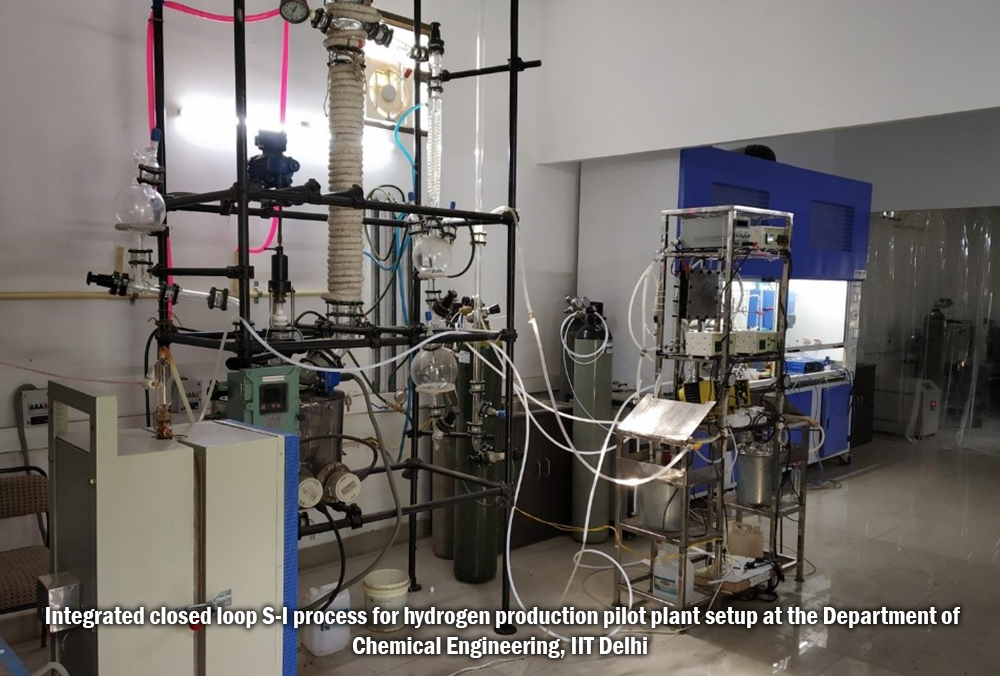