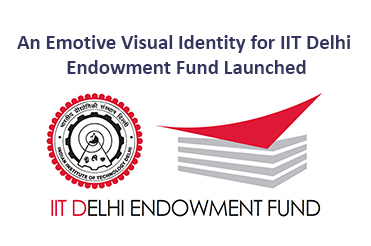 Indian Institute of Technology (IIT) Delhi and its accomplished alumni created history in 2019, by announcing an Endowment Fund, which was launched by President of India, Shri Ram Nath Kovind. Founder and Co-founder alumni donors have already confirmed an initial commitment of Rs 250 Crores to the fund, with a target to achieve a corpus of USD One Billion over the next six years.

The efforts of IIT Delhi alumni in establishing their endowment fund are further lauded today by Prime Minister of India, Shri Narendra Modi as a brilliant idea in his address to the nation through his monthly radio programme ‘Mann Ki Baat’.

PM Shri Modi said, “I have read certain such efforts, where the former students have given back to their old institutions in great measure. Nowadays, alumni are very active in this. IITians have provided their institutions many facilities like Conference Centres, Management Centres& Incubation Centres set up by their efforts. All of these endeavors improve the learning experience of the current students. IIT Delhi has initiated an endowment fund, which is a brilliant idea.”

As IITDEMF sets up operations, there was a need to create a distinct visual identity to strike an emotive connection with the alumni community and generate awareness of the mission and purpose of the endowment fund.

Creating the Visual Identity: A Distinctive One

The logo is inspired by the iconic Dogra Hall building (earlier known as Convocation Hall) - a distinctive structure on campus. The stylized representation of the hyperbolic paraboloid roof stands out for its recognition and futuristic appeal, triggering nostalgia amongst alumni of days spent at IIT Delhi.

The visual also evokes an image of a graduation cap, signifying higher learning, research and pursuit of excellence. The juxtaposition with the IIT Delhi emblem conveys association with the institute’s traditional values, while pursuing a futuristic identity.

The simple solid red and grey palette adds a striking contrast to the overall design. The excitement and passion of red, balanced by classic and mature grey, colours also of the IIT Delhi Flag.

The logo uses Century Gothic typeface, created specifically as a digital font, clean and crisp, with a lighter-feeling compared to others with heavier strokes. The letters IITD have been highlighted in red, reinforcing the popular acronym the institute goes by.