IIT Delhi, DRDO and CRPF enters into an MoU 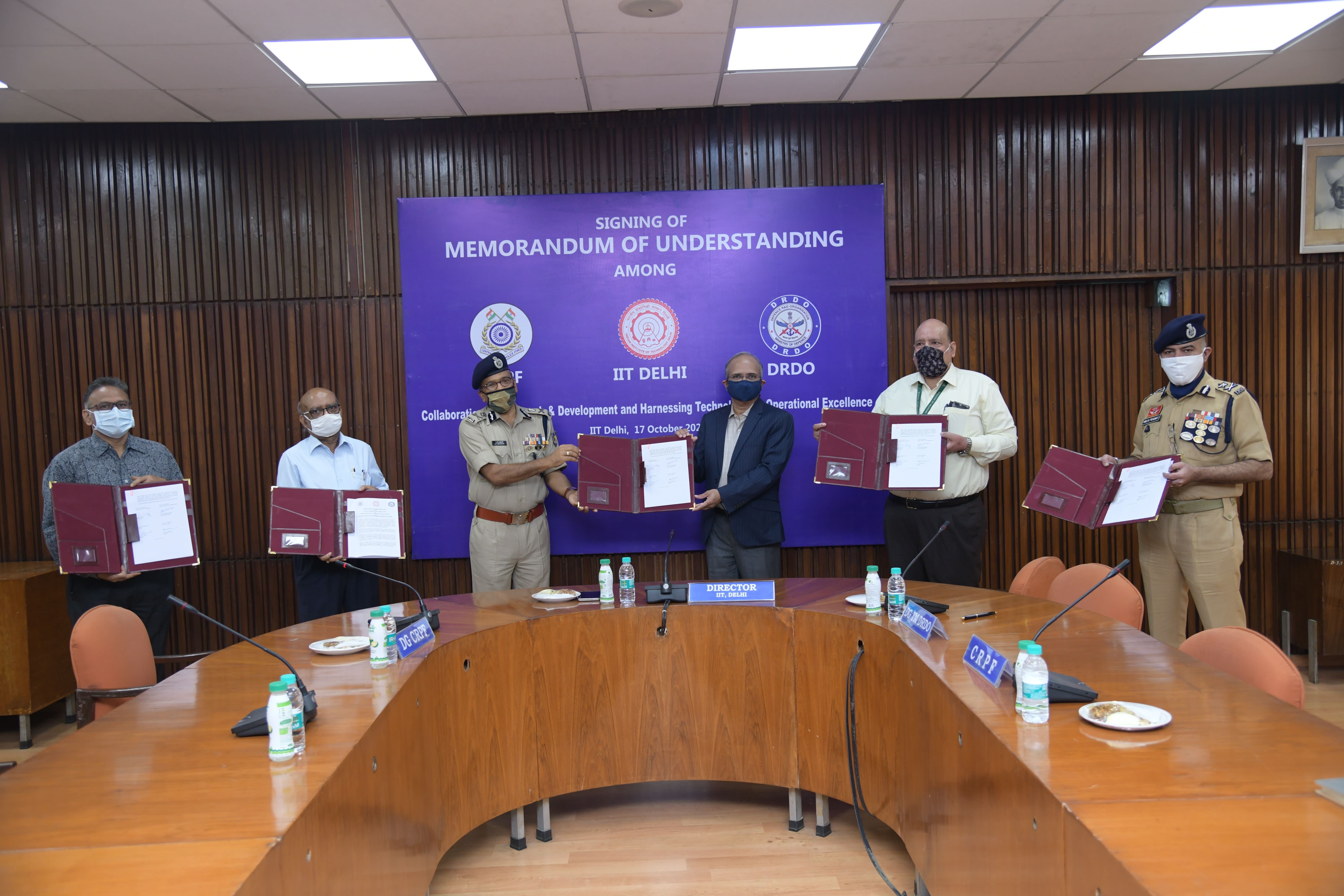 IIT Delhi, DRDO and CRPF have entered into an MoU to fulfil the needs of collaborative directed research, training and management of technologies in the internal security and defense of the country.

Joint Advanced Technology Center of IIT Delhi, JATC-DRDO, is involved in the directed basic research for futuristic technologies needed by the armed forces, whereas, Central Reserve Police Force (CRPF) is one of the largest paramilitary forces responsible for the internal security of the country.

Speaking of the MoU, Prof V. Ramgopal Rao, Director, IIT Delhi said, "This MoU will give a much needed platform to work together to solve the unmet technical and managerial needs of the security forces in the field, cross pollination of ideas to nurture new technologies and their adoption and dissemination for wider benefits of security forces at large. One of the key components is continuous education of security officers to make them abreast of the latest in research and technologies relevant to the security needs."

The MoU will help the students and researchers of IIT Delhi in getting exposed to the realities of the CRPF fields for better understanding of the real world problems related to either technology, human interactions, data collection, analytics, need finding and brain storming.

CRPF said in a press release, “The force is now working to create a pool of highly specialized technology experts from among its officers. And when it comes to Technology, where to look other than the Citadels of tech and research- Indian Institute of Technology Delhi and DRDO. To this end, an MoU was signed between CRPF and the two premier institutions.”