A Lecture on the occasion of National Science Day by

John P. HoldrenProfessor at Harvard University in the Kennedy School of Government, Department of Earth and Planetary Sciences, and College of Engineering and Applied Science
President Obama’s Science Advisor (2009-2017)

Dr. Holdren, whose many distinctions include foreign membership in the Indian National Academy of Engineering and service, under President Obama, as the US Co-Chair of the Indo-US Commission on Science and Technology Cooperation, will address the roles of science and technology in sustainability, the rationales for international cooperation in this set of topics, the history of Indo-US cooperation in these domains, progress and challenges in this cooperation over the past decade, and some highlights of ongoing work and the opportunities ahead. 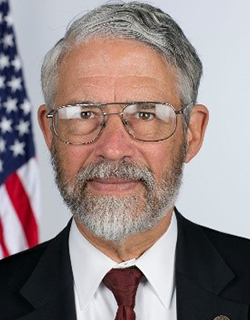 John Heinz Professor of Environmental Policy in the Kennedy School of Government and Professor of Environmental Science & Policy in the Department of Earth & Planetary Sciences—positions to which he was re-appointed in February 2017. He is also Affiliated Professor in Harvard’s John A. Paulson School of Engineering and Applied Science; Co-Chair of the Science, Technology, and Public Policy Program in Kennedy School’s Belfer Center for Science and International Affairs; and Senior Advisor to the Director of the Woodwell Climate Research Center. He is a member of the U.S. National Academy of Sciences, the U.S. National Academy of Engineering, the American Philosophical Society, and the American Academy of Arts and Sciences, as well as a foreign member of the Royal Society of London and the Indian National Academy of Engineering. In December 1995 he gave the Nobel Peace Prize acceptance lecture on behalf of the Pugwash Conferences on Science and World Affairs, an international arms-control and peace-building organization in which he held leadership positions from 1982 to 1997.